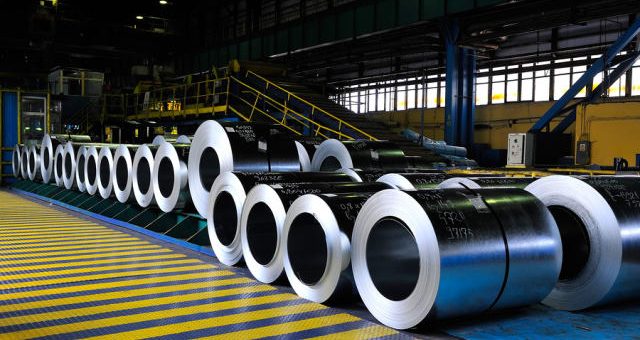 Steel output falls from one year ago

Steel output in the United States in the last week in March fell by 3.5 percent compared with the same time frame in 2021, according to the Washington-based American Iron and Steel Institute (AISI).

In the week ending April 2, 2022, domestic raw steel production in the U.S. was 1.72 million net tons. AISI says that represents a 3.5 percent decrease from the same period in the previous year, when output reached 1.79 million tons.

The steel mill capability utilization (capacity) rate was 79.3 percent in the week ending April 2, 2022, which actually is higher than the 78.8 percent rate one year ago.

Year-to-date 2022 production of 22.9 million tons, at a capacity rate of 80.2 percent, is now down 0.4 percent compared with the 23 million tons made during the same period last year, when the capacity rate was 77.1 percent.

The most recent week’s production is down only 0.1 percent from the previous week (ending March 26).

On the steel demand side, the construction sector is expressing resistance to climbing steel prices, while the automotive sector continues to battle supply chain issues.

Read more: Steel output falls from one year ago﻿