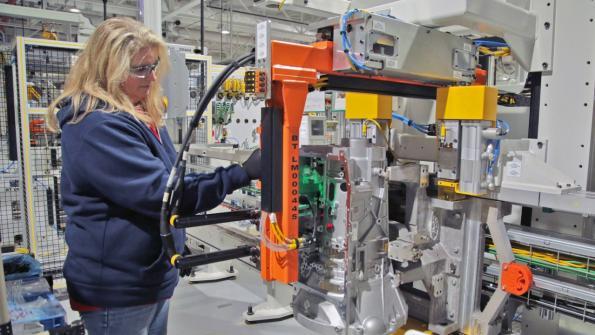 Ford announces a $1.6 billion investment in its Livonia, MI, transmission plant and Ohio Assembly Plant in Avon Lake, OH, while FCA US says it will spend nearly $75 million to retool its Trenton, MI, Engine Complex for production of a new 4-cyl. engine.

Ford’s latest investment creates or retains 500 hourly jobs at the Livonia plant to build a new 10-speed transmission to be first introduced in the all-new F-150 Raptor and certain other F-150 pickups. Production at the facility, which already builds a 6-speed transmission used in a variety of models, begins in June.

The Ohio Assembly investment will preserve 150 hourly jobs and is earmarked for production of F-Series Super Duty chassis cab units. The plant began building F-350, F-450 and F-550 Super Duty chassis cab configurations earlier this year. It also produces the Ford F-650 and F-750, which was insourced from Mexico last year, as well as E-Series cutaway vans and stripped chassis.

Ford says in a news release its investments of $1.4 billion in the Livonia plant and $200 million in Ohio Assembly Plant are part of a $9 billion commitment the automaker made in its 2015 collective-bargaining agreement with the UAW to continue investing in its U.S. plants.